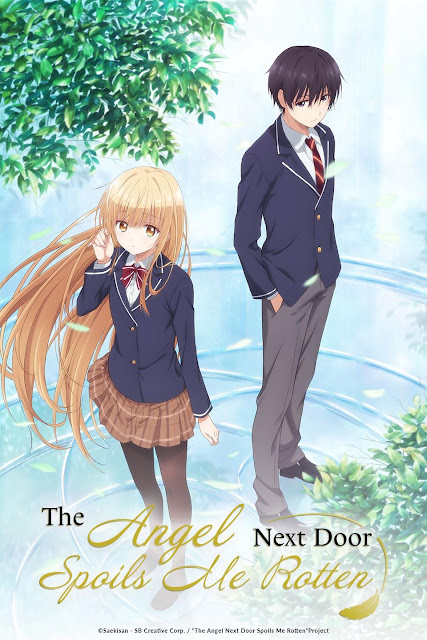 The Angel Next Door Spoils Me Rotten

After catching a cold by giving his only umbrella to a girl sitting in the rain, Amane Fujimiya only expects her to eventually return it. However, Mahiru Shiina, the “Angel” of Amane’s school and his neighbor, instead gives him a lot more than that. Instead of just the umbrella, she insists on returning the favor by helping him recover from his cold. However, she is oblivious to the battlefield that is Amane’s apartment.

The only word Mahiru finds from her mouth to describe the chaos is “unsightly.” But despite her unsympathetic description, Mahiru proceeds to help the hopeless Amane. Otonari no Tenshi-sama ni Itsunomanika Dame Ningen ni Sareteita Ken follows Amane as he is taken care of by Mahiru, who attends to various chores—from cleaning his apartment to cooking dinner. Is there anything that the Angel can not do?