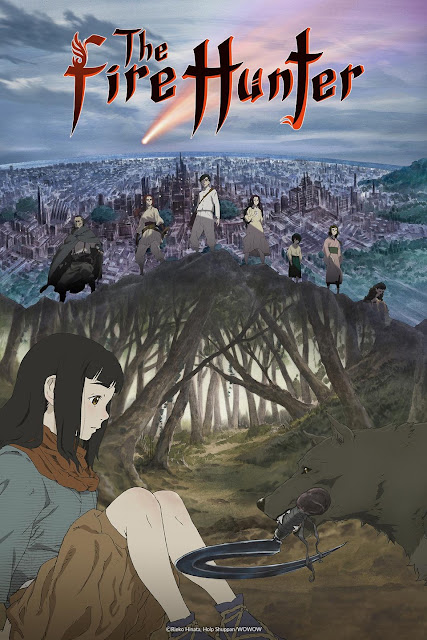 Hikari no Ou takes place in the aftermath of humanity’s last war. The world is enveloped with a black forest and people have become infected with a pathogen that causes them to burst into flame in the presence of natural fire. The only safe source of fire can be obtained by hunting black beasts, Flame Spirits, which reside deep in the forest. Among the fire hunters, rumors of “The King of Fire Hunters” began spreading recently—an individual who would be able to harvest the man-made star, the millennium comet that once wandered the void.

The story revolves around Touko, a village-raised girl, and Koushi, a former student in the capital. The encounter between the two, who were not supposed to cross paths, will change the fate of the world.

Ai No Kusabi: The Space Between

My Life as Inukai-san's Dog.