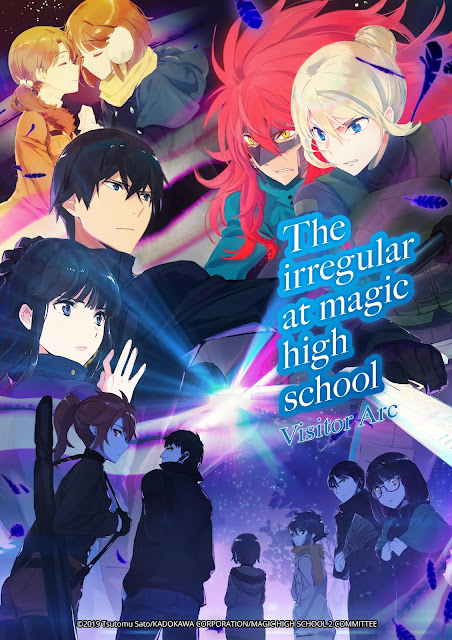 The second season of Mahouka Koukou no Rettousei.

Miyuki Shiba’s classmate Kitayama Shizuku is on her way to study abroad. For magicians, this is normally impossible, since allowing the genes of someone who can use magic outside their home country’s borders is tantamount to giving up national secrets. But it’s allowed to happen in one case—exchange programs.

And that’s how Angelina Kudou Shields, known as Lina, has arrived in Japan from the USNA to study at First High. Around the time Lina arrived in Japan, magicians began getting attacked by a mysterious being who leaves his victims drained of blood. Will Tatsuya and Miyuki Shiba be able to discover the identity of the “Vampire”?