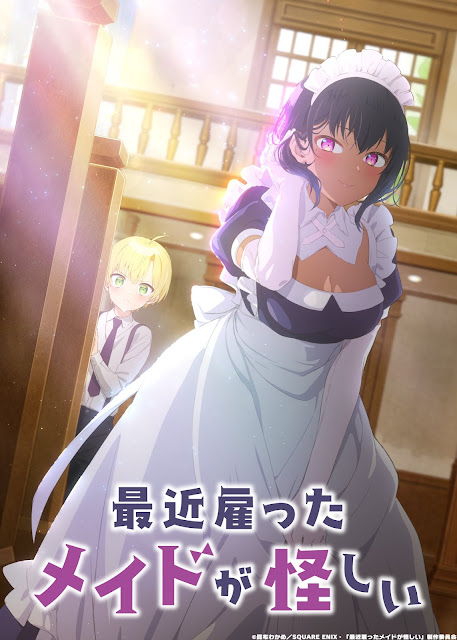 The Maid I Hired Recently Is Mysterious

The beautiful maid Lilith has recently been hired to care for the whims of her employer’s son, Yuuri. However, Yuuri’s overzealous skepticism of her every action keeps him on edge as he suspects devious mischief being plotted behind his back. Despite his paranoia, Lilith grows fond of Yuuri and often teases him as a way to further their bonding.

Saikin Yatotta Maid ga Ayashii revolves around the relationship between the cautious Yuuri and his wonderfully charming maid in this day-to-day oddball romantic comedy.