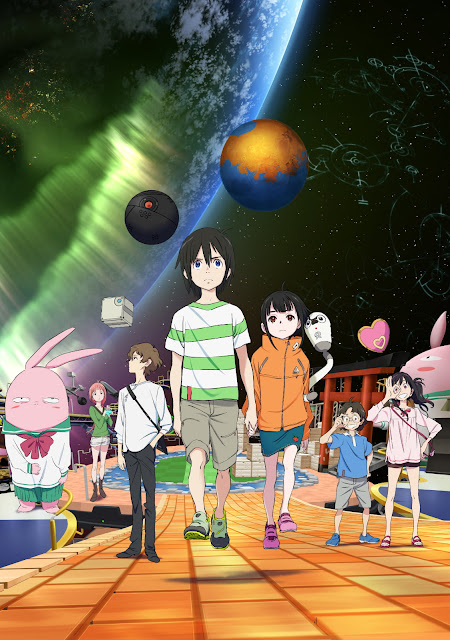 Years ago, the most intelligent AI of all time, Seven, calculated that humanity had to be reduced by a third in order to prevent disaster. By the time the UN euthanized him, he had left behind a poem prophesying the future and a cult of followers known as John Doe. Also remaining were the seemingly defective implants he had designed to allow children born in space to survive past infancy. One of those children, Touya, is currently facing his own mortality at the age of 14 and harbors a deep resentment towards the people on Earth who destroyed the only being who could have understood how to repair the implant that may be slowly killing him. And now, he’s supposed to play host to three teenagers who won a contest to come stay at the hotel/research facility where he lives.