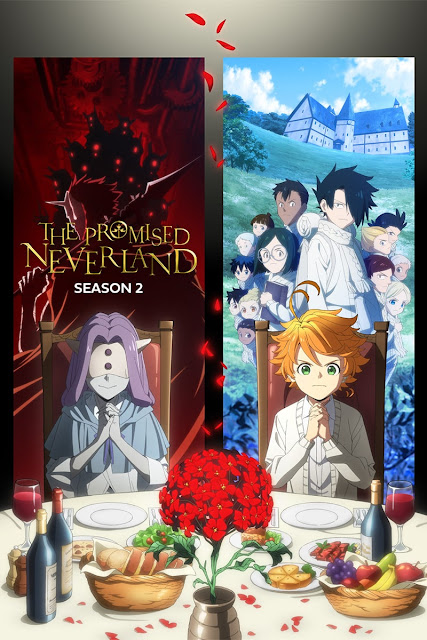 The second season of The Promised Neverland.

Fifteen children escape Grace Field House, a false paradise, hoping for a chance at freedom. Instead, they encounter plants and animals they have never before seen, and are chased by demons. The outside world is so beautiful, and yet is almost too cruel to face.

Even so, the children refuse to give up. They are guided in their search for better lives only by a message from Minerva and a pen Norman left behind in order to fulfill their promise to return to the House to save those of their family who are still trapped within.