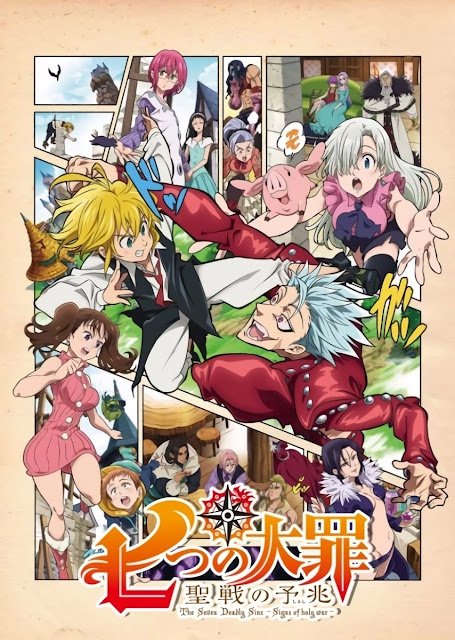 Nanatsu no Taizai: Seisen no Shirushi

The Seven Deadly Sins, along with Elizabeth Liones and Hawk, have won the Kingdom of Leones back from the Holy Knights. At long last, it’s their time to indulge in the peaceful lives they fought for. From inedible meat pies, overdue battles, unexpected stalkers, and the butterflies of first love, the Sins are accompanied by their friends in their carefree, fun-filled time together. However, the calm is broken with the premonition of a new threat, bringing upon the signs of Holy War and threatening to shatter the peace of the Sins’ easygoing days.