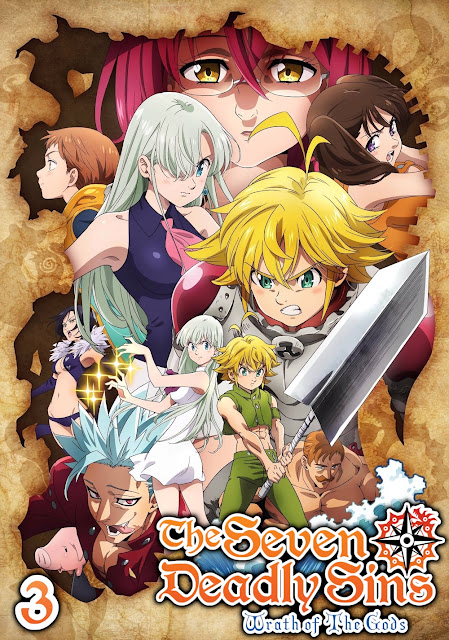 The Seven Deadly Sins: Wrath of the Gods

Nanatsu no Taizai: Kamigami no Gekirin

The third season of Nanatsu no Taizai.

After saving the Kingdom of Liones from the 10 Commandments, Meliodas and the Seven Deadly Sins are enjoying their time off. However, things aren’t as peaceful as they seem, as the Sins are put through various trials to become strong enough to defeat the 10 Commandments and to overcome their past trauma.

With help from past figures, the Sins are tasked with defeating the 10 Commandments and putting an end to their evil plans that began ten thousand years ago. The Sins begin to uncover the truth about each other, as well as those who stood before them. With this knowledge in hand, the battle against the 10 Commandments has only just begun.

Nanatsu no Taizai: Kamigami no Gekirin continues to follow the Seven Deadly Sins and those that they meet on their journey. Through their adventures, they realize that their actions have had greater consequences on the present than they could have ever expected.