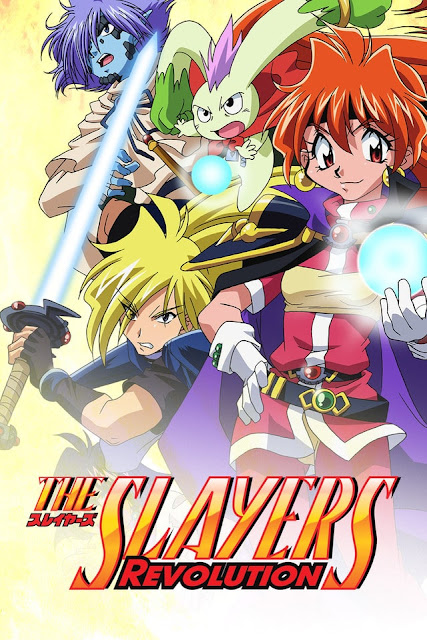 The original cast of The Slayers is reunited for the first time in over a decade in The Slayers Revolution! Lina’s gang goes head-to-head with Pokota, a little furball with a big destructive streak! But there’s more to Pokota than anyone knows, and if Lina can get to the bottom of his habit of blowing stuff up, she could end up with an awesome new ally!