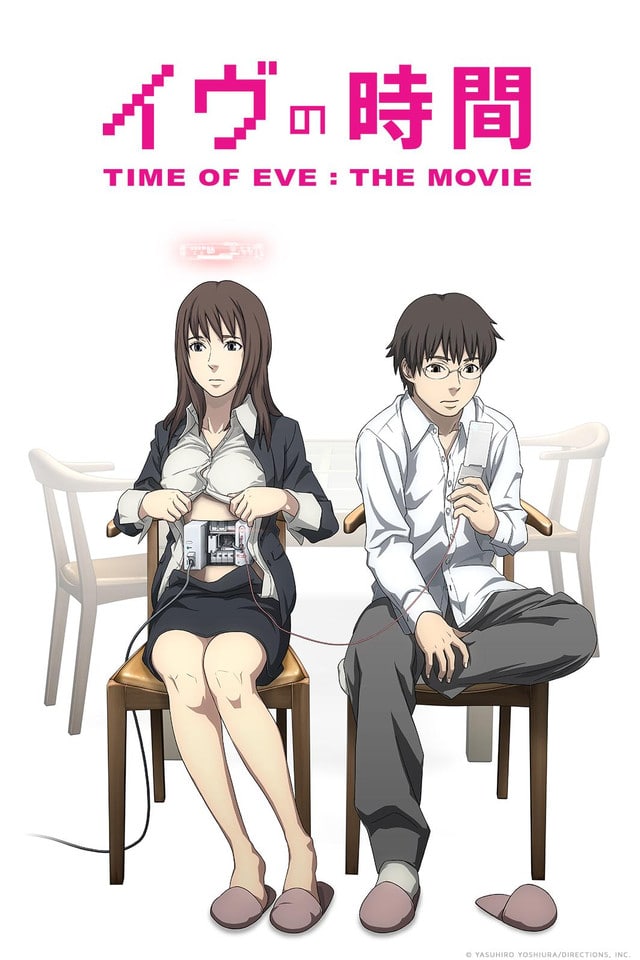 Time of Eve: The Movie

In the Japan of the future, employing androids for various purposes is nothing out of the ordinary. However, treating androids on the same level as humans is frowned upon, and there is constant paranoia surrounding the possibility of robots defying humans, their masters. Those who appear too trustworthy of their androids are chided and labeled “dori-kei,” or “android-holics.”

High school student Rikuo Sakisaka notices when his house droid, Sammy, starts behaving curiously—she has been leaving the house without his instruction. When he inspects the movement logs in her database, a cryptic line grabs his attention: “Are you enjoying the time of EVE?” Accompanied by his friend Masakazu Masaki, Rikuo tracks the whereabouts of his houseroid to a cafe called Time of Eve, where it is forbidden for customers to display prejudice against one another. The cafe, Rikuo realizes, is frequented by both man and machine, with no evidence to tell either apart.

Each customer—from the cheerful Akiko, to a robot dangerously close to breaking down—has their own story and challenges to overcome. While Rikuo tries to reveal Sammy’s intentions, he begins to question the legitimacy of the fear that drives humans to regard androids as nothing more than mere tools.