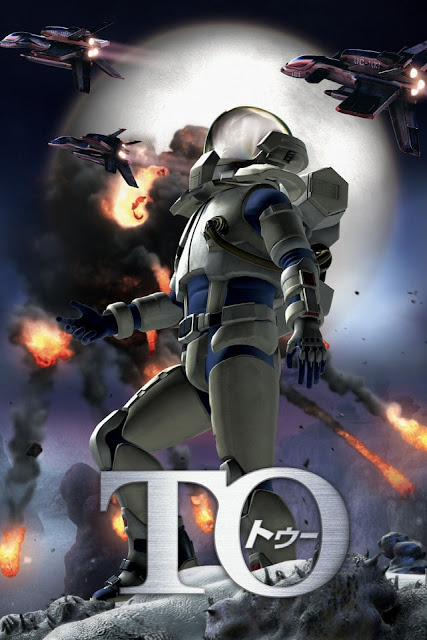 Elliptical Orbit:
Fifteen years after its last contact with our world, a space freighter known as the Flying Dutchman requests permission to dock at a remote moon base. This mysterious ship carries liquid protons: a power source essential to the survival of Earth’s population. But before the precious cargo can be delivered, the base is ambushed by galactic terrorists who seek to destroy the new form of energy and issue a death sentence to all of humanity.

Symbiotic Planet:
Against a backdrop of intergalactic colonization and bizarre alien life forms, Aon and Elena – star-crossed lovers from rival countries competing for valuable natural resources – struggle to build a life together despite the objections of their superiors. Their budding romance is thwarted by an outbreak of alien fungus and the interference of a cutthroat militaristic madman. To survive, the young couple must maintain their faith in each other and learn to trust the unique creatures which inhabit this strange and wondrous new world.