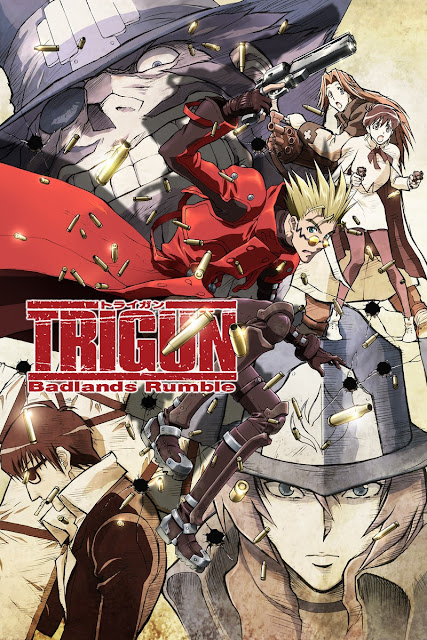 Vash the Stampede is a gunslinging, red-trenchcoat-wearing drifter with a giant bounty on his head. His biggest threat, however, may not be law enforcement, but an outlaw by the name of Gasback. Twenty years ago, Vash accidentally interefered with one of Gasback’s robberies, and now the villain’s back with a score to settle. Gasback has come to Macca City in hopes of stealing one of their major installations, and Vash has just coincidentally arrived at the same spot. Also involved in this caper are a beautiful lady with a grudge, a couple of insurance agents, and Vash’s old buddy Wolfwood. At first it seems that Gasback has succeeded, but one can never underestimate Vash’s legendary abilities—not to mention the secrets that his allies have up their sleeves.