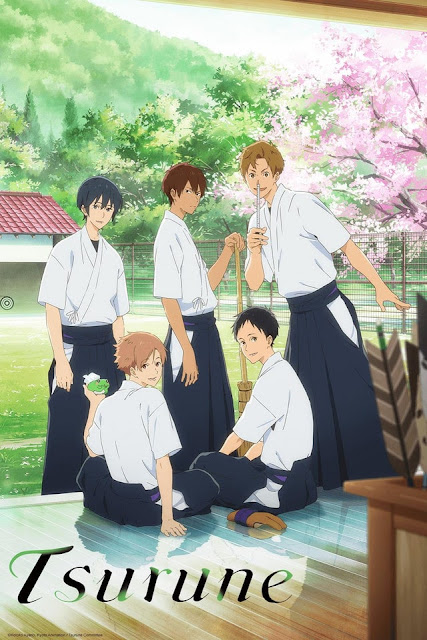 “Tsurune”—It’s the sound made by the bowstring when an arrow is released, and the sound that inspired Minato Narumiya to learn Kyuudo, a modern Japanese martial art focusing on archery. However, an incident during his last middle school tournament caused him to quit the sport.

But soon, many factors conspire to make Minato take up the bow once again: the start of a new Kyuudo club in his high school, a chance encounter with a mysterious archer, and the support of his childhood friends, Seiya Takehaya and Ryouhei Yamanouchi. Together with his childhood friends and his new teammates, Kaito Onogi and Nanao Kisaragi, Minato rekindles his love for Kyuudo and works with his team toward their aim of winning the prefectural tournament.