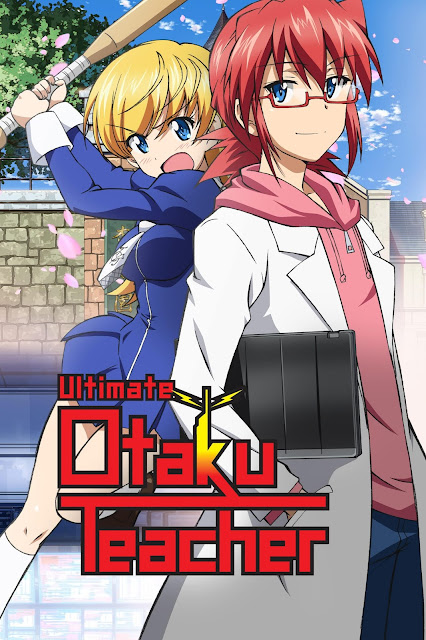 Junichiro Kagami: scientific prodigy, groundbreaking physicist, published author…hopeless otaku. Once a promising young scientist, he’s since been rejected from the scientific community for his controversial research on anime-based teleportation. It’s like they always say: people fear the things they don’t understand.

Now, a 24-year-old NEET with his science career behind him, Kagami finally has time to devote to the things that REALLY matter: updating his anime blog. But not everyone understands the dire importance of fandom. Even Kagami’s sister (his own blood and flesh!!) eventually gets fed up with his antics and forces him to take a job as a high school physics teacher. Dealing with “real-lifers” is a real drag, but soon Kagami finds himself strangely drawn to the conflicts of his pupils – and they to his…unorthodox teaching methods.

In the world of high school drama, Kagami is armed with a potent knowledge of useless anime trivia, and an understanding of human problems derived from his on-screen friends. This otaku might just make the ultimate teacher!

Alternative Titles: Denpa Kyoushi, He Is an Ultimate Teacher, 電波教師