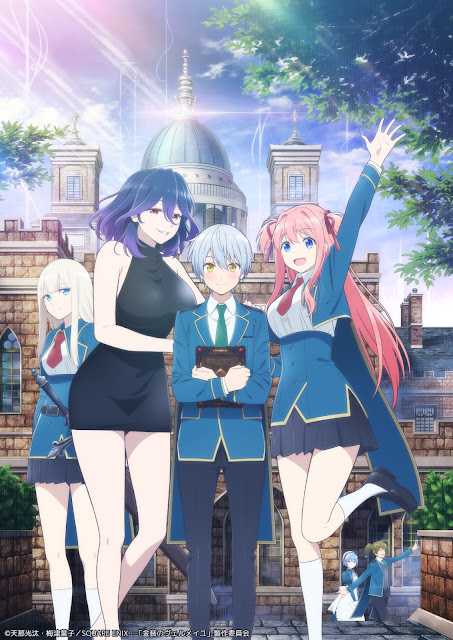 Alto Goldfilled, a diligent student at the Ortigia Academy of Magic, aspires to become a powerful sorcerer. But he is unable to become one as, despite his excellent grades and strong commitment to his studies, he fails his summoning class. With the threat of repeating a year hanging over his head, Alto tries following an old, worn-out grimoire in a desperate attempt to resolve his situation.

To his surprise, he succeeds and summons a powerful demon named Vermeil. As a sign of gratitude for releasing her, Vermeil agrees to become Alto’s familiar, sealing their relationship with a deep kiss. Little does Alto know what else he is capable of and what Vermeil’s past hides.

Alternative Titles: Kinsou no Vermeil: Gakeppuchi Majutsushi wa Saikyou no Yakusai to Mahou Sekai wo Tsukisusumu, Vermeil in Gold: A Desperate Magician Barges Into the Magical World Alongside the Strongest Calamity, 金装のヴェルメイユ ～崖っぷち魔術師は最強の厄災と魔法世界を突き進む～