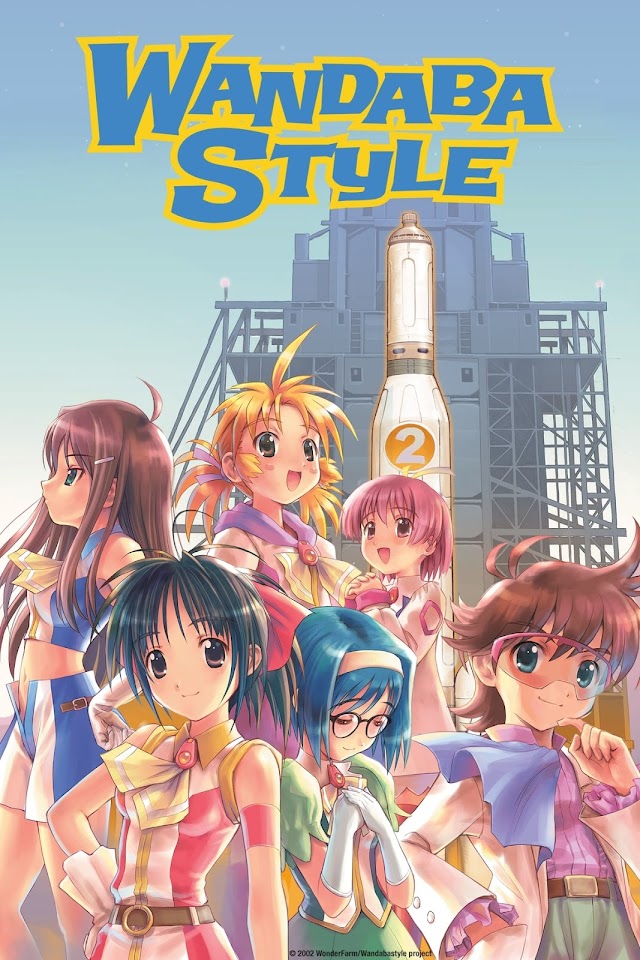 Dr. Susumu Tsukumo isn’t your typical mad scientist. First, he’s only 14 years old, and second, he’s firmly convinced that the moon landings never happened. He intends to fix that, however, just as soon as he can find some human guinea pigs to test out his highly-unorthodox, but environmentally-friendly, methods for getting people into space without using fossil fuels.

He has one problem: where do you find someone who’s crazy enough to let a kid launch them into orbit? Enter Michael Hanagata, manager of MIX JUICE, a struggling girl band that’s so desperate for a break that they’ll do just about anything to be seen. Do they really mean… anything? Get ready to blast off with former child-star Sakura, tough-as-nails rocker Yuri, construction worker Himawari, and folk singer Ayame as they attempt to go from the Earth to the Moon with a little Wandaba Style!