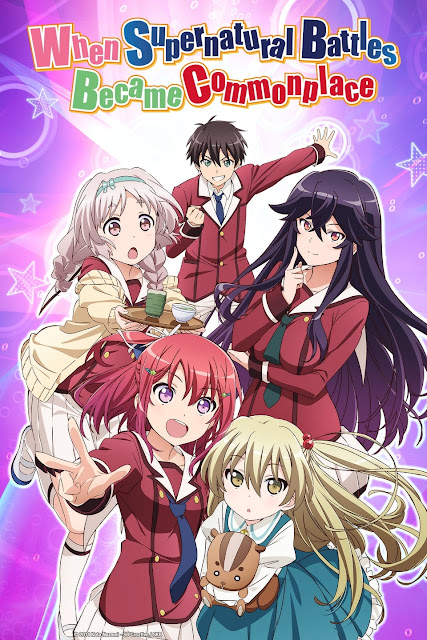 During a Literature Club meeting, the four club members—along with their faculty adviser’s niece—suddenly find themselves with supernatural powers. Now capable of fabricating black flames, resident chuunibyou Jurai Andou is the most ecstatic about their new abilities; unfortunately, his own is only for show and unable to accomplish anything of substance. Moreover, he is completely outclassed by those around him: fellow club member Tomoyo Kanzaki manipulates time, Jurai’s childhood friend Hatoko Kushikawa wields control over the five elements, club president Sayumi Takanashi can repair both inanimate objects and living things, and their adviser’s niece Chifuyu Himeki is able to create objects out of thin air.

However, while the mystery of why they received these powers looms overhead, very little has changed for the Literature Club. The everyday lives of these five superpowered students continue on, albeit now tinged with the supernatural.