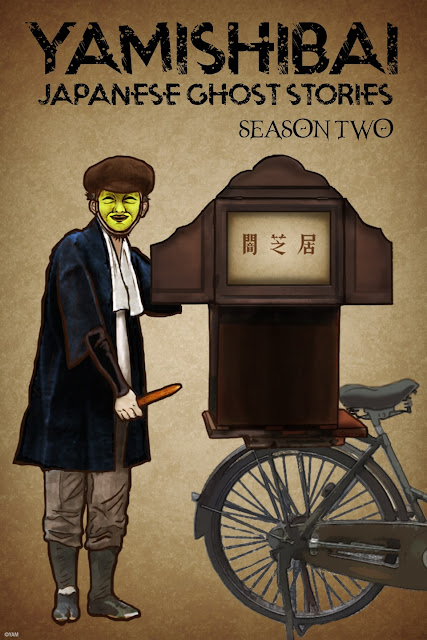 For the second time, the masked storyteller returns to tell children tales and legends of horror and woe, such as the tale of a ventriloquist’s dummy, a locker that grants wishes, a capsule toy machine that returns lost possessions, and a strange food called Ominie-san.

Building on the foundation that was laid by the first, Yami Shibai 2 is a collection of Japanese scary stories of the unknown and the occult that are truly terrifying, narrated in a style of art that mimics kamishibai storytelling.