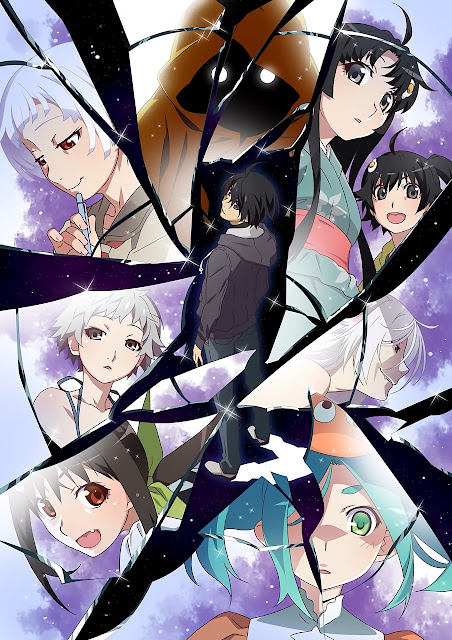 However, Araragi is unexpectedly absorbed into his own bathroom mirror and trapped inside a bizarre world where everything he knows is completely reversed—the haughty Karen Araragi is shorter than usual, poker-faced Yotsugi Ononoki is brimming with emotion, and cute ghost girl Mayoi Hachikuji is a grown woman! But not everything is as it seems.

Zoku Owarimonogatari details the story of Araragi’s endeavors in this new world as he struggles to return to his home and understand the nature of this bizarre dimension.

Note: Zoku Owarimonogatari premiered in Japan theaters in November 2018. It was later released as a 6-part OVA on Blu-ray/DVD from February to March 2019.